The mezzotint, arguably the most difficult of printmaking techniques, was invented in 17th century Amsterdam and flourished in 18th century England. Because of its ability to convey texture and tone, it was used primarily as a way to disseminate reproductions of paintings. Katsunori Hamanishi, a world-renowned contemporary Japanese master mezzotint printmaker, has realized with unparalleled skill and elegance of expression the potential inherent in this technique and has taken the medium to a new level with the inclusion of the traditional Japanese art of gold leaf.

Hamanishi’s early prints depict sculptural models that the artist often created using various objects like roof tiles tied with fabric which shows the artist’s virtuosity with the medium. Some of his abstracts combine micro and macro views of rice grains and rice paddies punctuated with gorgeous and vivid colors. His more recent work incorporates traditional Japanese themes and aesthetics such as the kimono and stylized views of nature made opulent with various techniques of adding gold leaf, silver, and mica.

Katsunori Hamanishi was born in Hokkaido and graduated with a degree in art from Tokai University in 1973. From 1987 to 1988, he was a visiting artist at the Cleveland Art Institute with a grant from the Japan Agency for Cultural Affairs.

In 2012, he had a two-person show, The Art of Darkness, with Yozo Hamaguchi at the Arthur M. Sackler Gallery at the Smithsonian, in 2013, a one-person show at The Art Institute of Chicago and in 2015, his work was included in the exhibition Kimono: A Modern History, at the Metropolitan Museum of Art. In the same year, the Jordan Schnitzer Museum of Art at the U of O invited the artist to Eugene to give a talk and demonstration in conjunction with their exhibition Expanding Frontiers: The Jack and Susy Wadsworth Collection of Postwar Japanese Prints. White Lotus Gallery is honored to present the largest collection of his work in the west and a number of his one-person shows.

Permanent collections include the Museum of Modern Art, New York, The Philadelphia Museum, The Art Institute of Chicago, Library of Congress, Washington, DC, the British Museum, National Museum, Osaka, and the Art Gallery of New South Wales, Australia, amongst others. 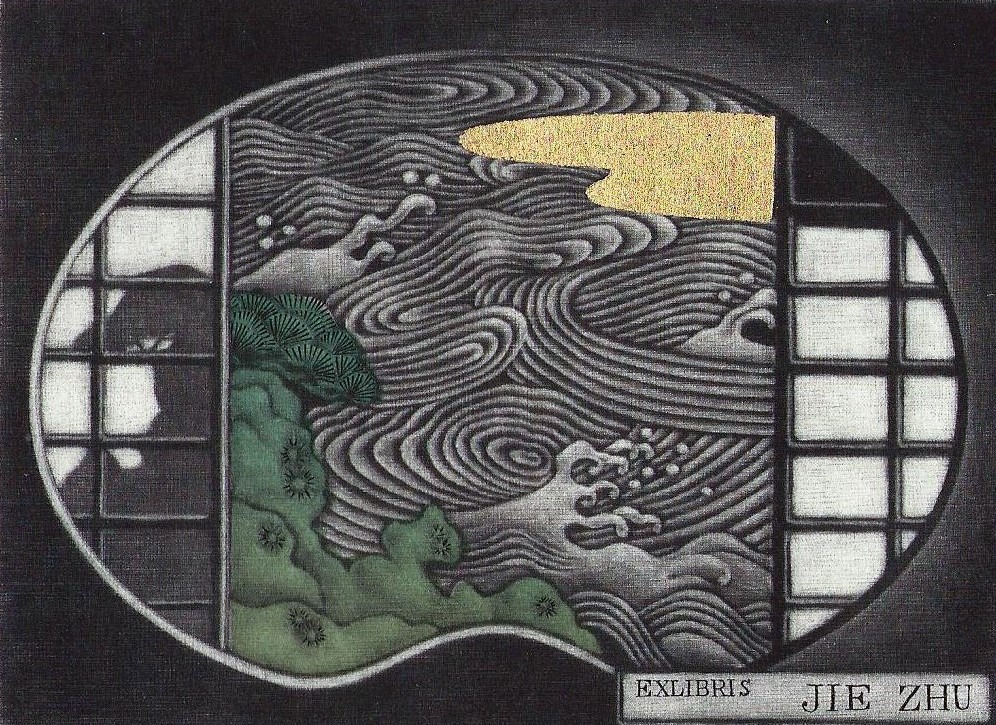